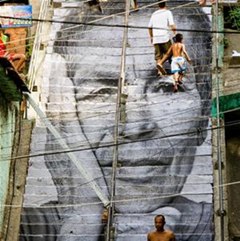 As TED tradition goes, the winner is invited to make a grand wish with the aid of $100K. This past Wednesday, JR announced his plan for a large-scale participatory, global art project that would turn the entire world into a socially conscious graffiti collective.

First, see what JR's work is all about:

If you'd like to get involved, anybody (that means you) can upload a photo of him or herself for free to JR's project site. The team will then create a large print and send it back to you:

"Everyone will be challenged to use black and white photographic portraits to discover, reveal and share the untold stories and images of people around the world. These digitally uploaded images will be made into posters and sent back to the project's co-creators for them to exhibit in their own communities. People can participate as an individual or in a group; posters can be placed anywhere, from a solitary image in an office window to a wall of portraits on an abandoned building or a full stadium. These exhibitions will be documented, archived and viewable virtually."

As of today, 500 photos have been uploaded, and 150 posters have gone up. Visit the project site to get started now. 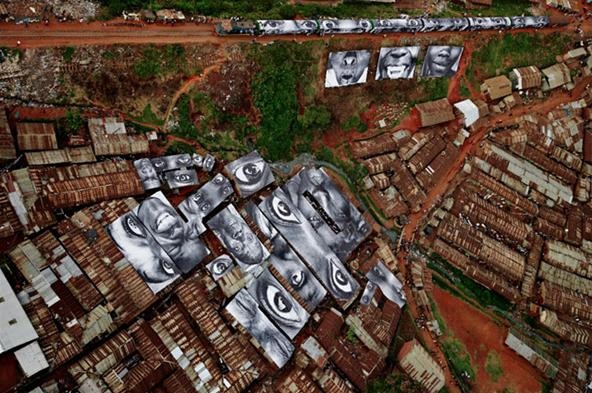