We've seen several examples of light graffiti on WonderHowTo (1, 2, 3), but this one is truly eerily beautiful. Australian photographer Denis Smith pushes the envelope with his project Ball of Light.

"The Ball of Light is a mysterious portal into my world. It, and its friends will appear in interesting and mysterious places every now and then.

(There is NO Photoshop manipulation to the Ball of Light images apart from sat-bright-levels etc, NOTHING is added, or subtracted)."

How does it work? Light writing employs stop motion animation, and works as follows (via Wikipedia):

"By sequencing stills taken with 4-30 second exposure as lights are moved in and through the frame this effect creates the optical illusion that the light is moving. Zooms, pans, tilts, and most other motion camera techniques can be applied with standard stop motion approaches.

The most common technique is to capture multiple second exposures of light moving from one point to another in the frame. As the sequence is built the beginning and ending points of the lights motion can be moved along a given path. When the pictures are put in sequence the light seems to move with classic stop motion jitter. Most commonly, all of the work is done in camera at practical (real world, not a studio) locations..." (Read more). 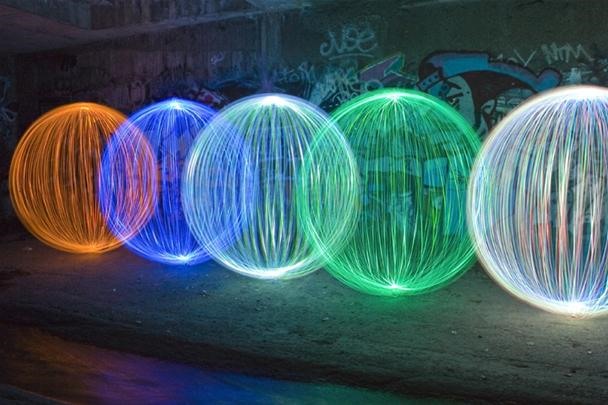 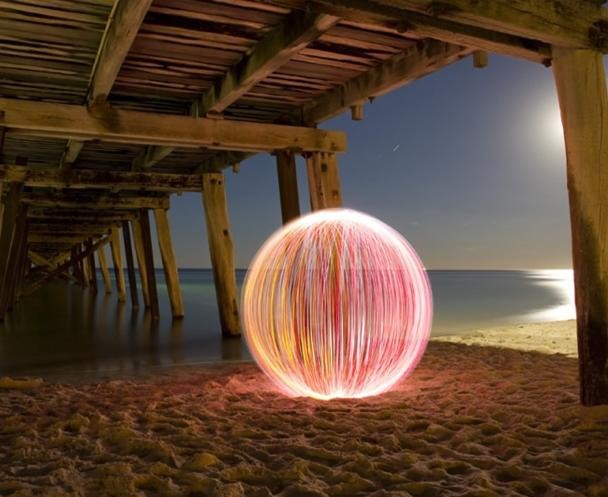 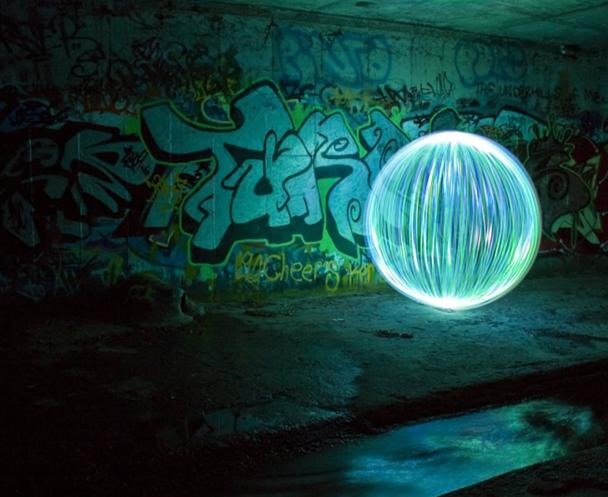 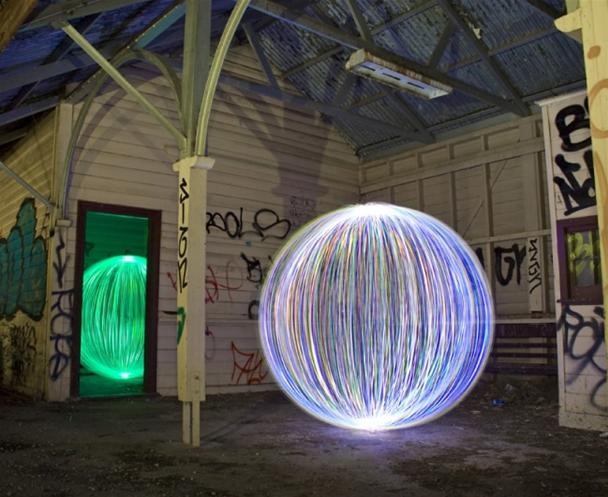 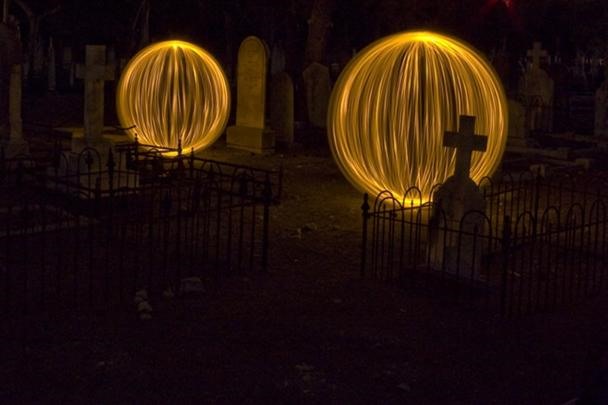 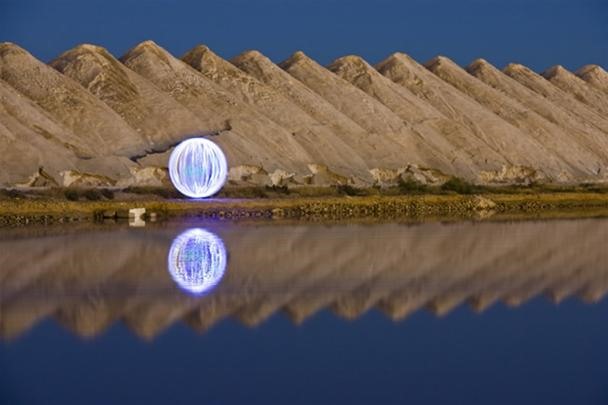 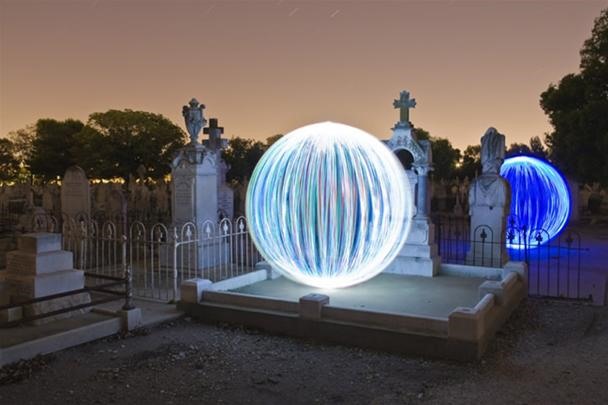 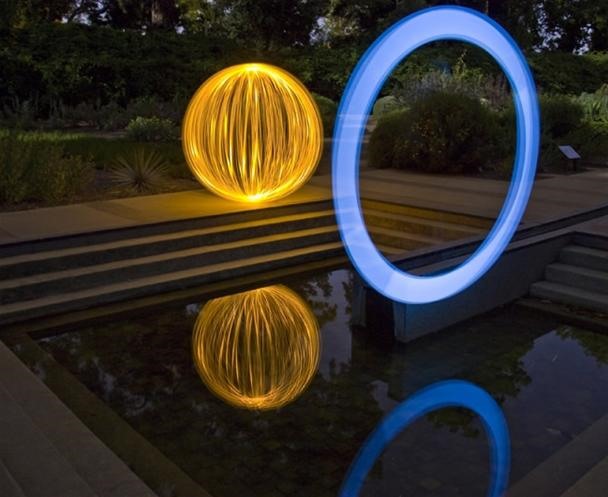 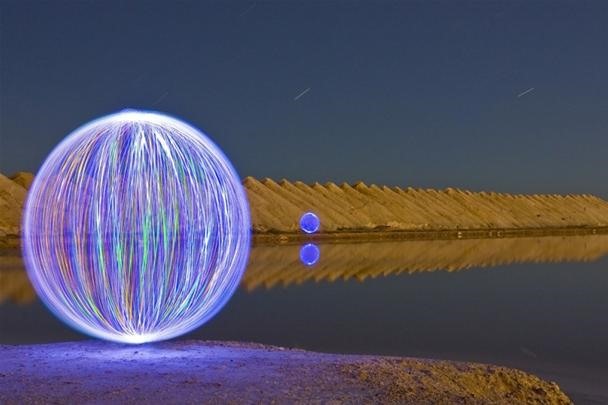 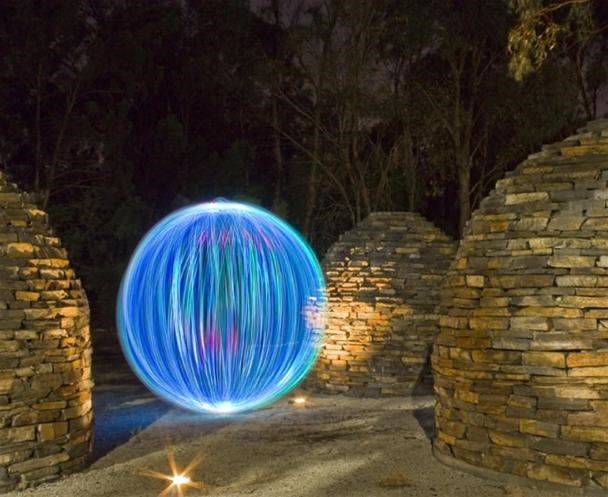 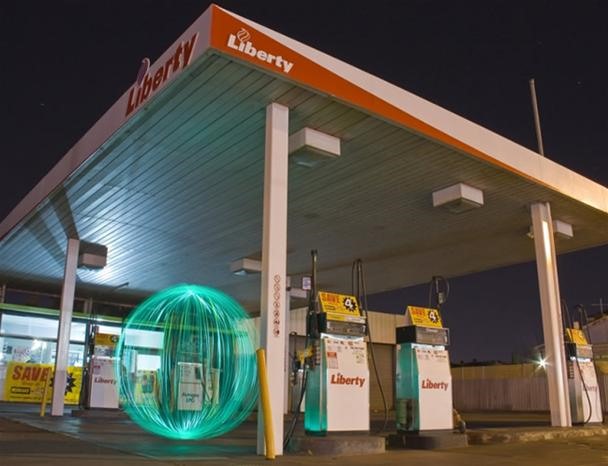 the description of how this is done is entirely wrong. the shots are a single exposure.